AI is leaving an everlasting impression in various fields. It has also encroached upon the ship navigation system for improving navigation safety and voyage planning. With this technology, ship navigation has turned out to be way more intelligent and eliminates the human involvement in the process. This is an initiative for reducing the burden on the administrative people present on the bridging teams. It has been adopted for the process of e-navigation that will enable the officers to increase their focus on secured navigation. 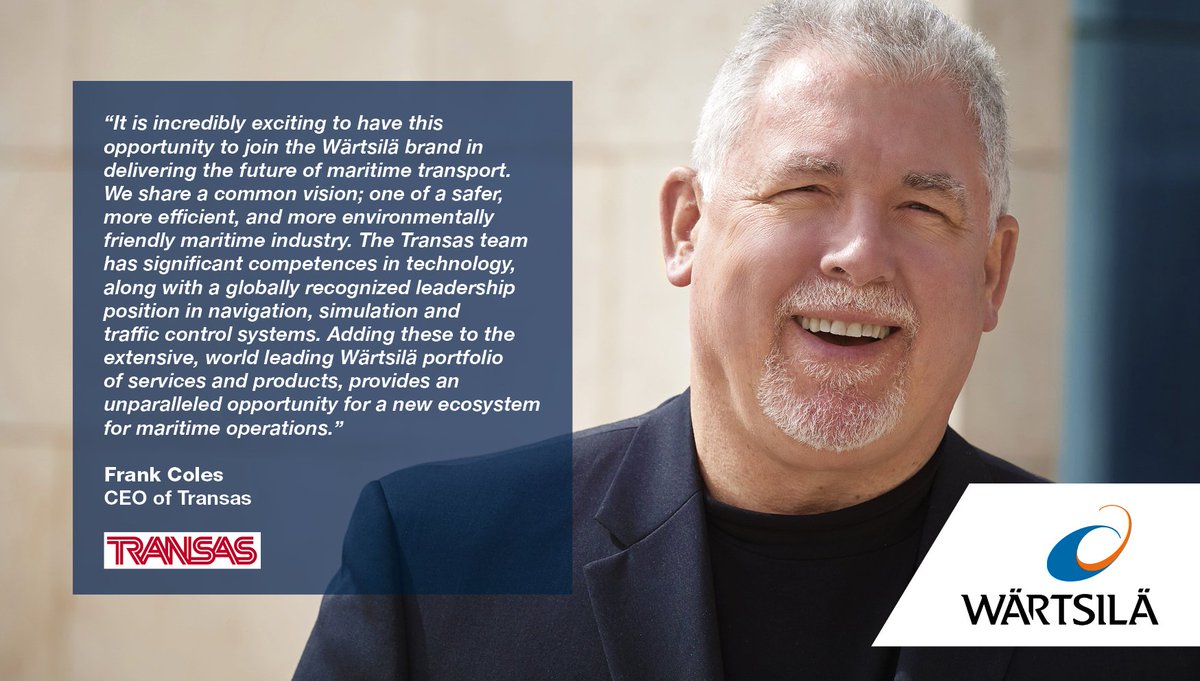 The new navigation system for the ship has ML, IoT, and also, cloud computing technology which advises navigators about the environment of the ocean, prospective hazard, and also about the performance of the ship. This is usually done under a cyber-secure system for facilitating the voyage execution and route planning.
END_OF_DOCUMENT_TOKEN_TO_BE_REPLACED
Uncategorized 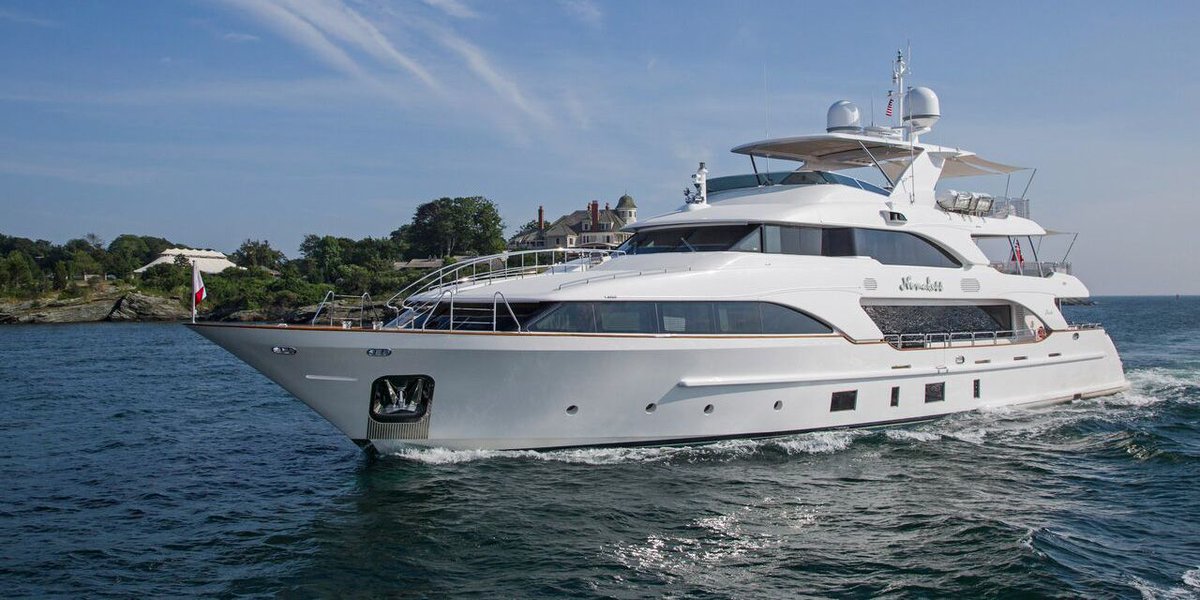 Till now, the viewers have been treated to numbers of brilliant super yachts. The guests as well as they have checked Caribean, Mediterranean and recently, Tahiti. Although in the past, the vessels were thought of to be motor yachts, according to the information, this is going to be a very different vessel in the sea.
END_OF_DOCUMENT_TOKEN_TO_BE_REPLACED
Tagged with: Below Deck IIIboasts pedigree Perini Navi
Uncategorized

Gail Hine is going to present Sailing Convention for women. It is going to be held on 2nd of February, 2019 in California’s Corona del Mar at Bahia Corinthian Yacht Club. All day long, the ladies will be organizing shore and also boat based workshops for the beginners, as well as experts, so that they can learn more about sailing. 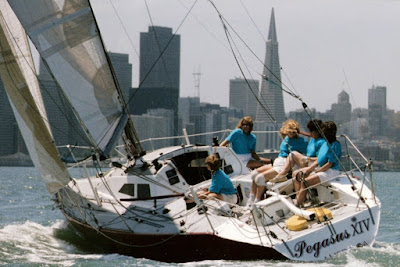 Gail Hine, the director of the convention said that this is going to provide women with a chance to meet other sailor women, talk about options of cruising or day sailing, and get to know about a women’ sailing organization that already exists in that area. They can also be a part of the instructional program that will be available.
END_OF_DOCUMENT_TOKEN_TO_BE_REPLACED
Tagged with: DIY Gail Hine Melody Kanschat
Uncategorized

For those sailors who have an on the Los Angeles Olympic Games in the year 2028, the inaugural San Diego Olympic Classes Regatta (SDOCR) will offer a venue for sailors to compete and train in high-performance international class races. The event will start on October 5 and will conclude in 7th , 2018. The authorities of SDOCR are planning to make the SDOCR an annual event.

Mark Reynolds, the SDYC sailor and two-time Olympic gold medalist speaking about the event shared his memories for the regatta and said. “At the time when I was a kid, at San Diego, we used to have Olympic trials. And after 8 years, I was lucky to get the chance to attend the Olympics of 1976 helping Dennis Conner as well as setting me on my way to try out for the Olympics. I tried hard and after a few tries, my dream of being the part of Olympic came true. It is really good to see how the young sailors at SDYC have the same opportunities that I got. Like me if they will focus on their game and will work hard enough, then competing in the Olympic Games can be their future also. I am really excited to hear that an Olympic Classes Regatta is now coming to San Diego and this year will be followed by the LA Olympics in 2028.”
END_OF_DOCUMENT_TOKEN_TO_BE_REPLACED
Tagged with: Finn Mark Reynolds Regatta
Uncategorized

Team Sun Kung Kai/Scallwag that recently won the Melbourne to Hong Kong leg at the Volvo Ocean Race (VOR) has a female navigator Libby Greenhalgh who is very passionate about women involvement in sailing.

Greenhalgh is not impressed with the current turnout of females in the three pinnacle events of the game. She complained of only seven females participating in the Vendee Globe race, with a fewer number being involved with America’s Cup. She is excited with the prospect of more women sailors especially following VOR’s rule encouraging teams to have female sailors. Greenhalgh opines that VOR’s rule will be a trailblazer for women interested in professional sailing.

“The rule’s been great. With 20 women in the race this time, there are about 30 per cent of women in the crews. Given the nature of the sport, that’s a good achievement. Of course, we want to see 50-50 opportunity for women, and we’d really like to see this new rule stay in place in the next Volvo race,” she added.
Greenhalgh wants more women in management positions in the game and for women to network more to get roles. She said she was part of a SCA 13-all women crew for the first time at VOR in 12 years. The team won a leg and two in-port races but they had to return to their regular day to day as there were no calls afterwards.
The sailor said the game required a lot of networking as sailors generally preferred to work with a crew they know and have sailed with before. She lauded the VOR rule for incentivising women in sailing as the rule will give more opportunities to talented and experienced female sailors.

Clean beginning for to Cuba race

In the Andrews Institute Pensacola a la Habana race 2015, only 22 boats entered and twenty-one started the race. Jeanneau 45DS of Glenn Benson might not begin because of a broken rudder endured in the oddment storm of Hurricane Patricia in the week. The 1st class to beginning went off at 8:05 am CDT, the early time to get hold of the running tide.

The smaller, slower boats in Classic Cruiser Division began first, followed by Modern Cruiser Division as well as the Multihulls. Winds were under ten kts from east. Threfore, it was a great beginning south out of the Pensacola Bay to Santa Rosa Sound. Following a short run to west in sound, the boats cut via Pensacola Pass as well as headed out into Gulf of Mexico on a beat to Habana. END_OF_DOCUMENT_TOKEN_TO_BE_REPLACED

Before Hiring A Yacht

Is that you are out for a vacation or having a party? Are you ready for some meeting or going to have fun with friends? Is that you are about to have some sort of celebrations lined up?

Such planning or tours keep buzzing the people and even brings a hasty need of something distinct. Over here, for all such reasons you might be thinking of hiring a yacht to have fun, excitement, thrill or to visit the nearby places. END_OF_DOCUMENT_TOKEN_TO_BE_REPLACED

Colin and Andrea Chisholm have been put behind bars with charges of fraud as they had claimed themselves to belong to the Scottish royal family and received substantial benefits from the state.

Andrea Chisholm had already confessed of her crime, while her husband who recently appeared in court also told all about how he had claimed himself to be a Scottish lord and misled people. The couple had been living a luxurious life and on a million dollar yacht and also lived in Deep haven Mansion later.

Colin Chisholm while confessing his guilt admitted of the major economic offense committed by him. He had boasted of being a Scottish Lord and had accepted about $167,000 from the Minnesota welfare. At the same time the couple had collected benefits meant for the poor and in this way went on deceiving people, and meaning that their yacht was paid for by people who could only afford to charter a yacht themselves!?

The man while confessing his guilt said that he had taken benefits from the Hennepin County that he was not eligible for and at the same time he even collected welfare benefits in Florida and did not pay the federal taxes.

His crime of living like a rich man and deceiving poor people has been termed as offensive by Hennepin County Attorney Mike Freeman. He has been sentenced to 21 months of imprisonment for deceiving people and taking public assistance wrongfully. However the amount of $167,000, that the couple has been accused of accepting is debated to be lower by his public defenders is expected to be lower and will be discussed about in the hearing scheduled for January.